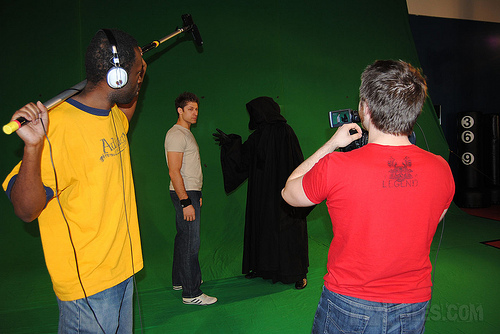 IMX is wrapping up production on the next two episodes of NX Files which are WAY LONG overdue! With these new episodes, we have been perfecting our green screen techniques and our new 3D environments. It’s going to be something pretty special! 🙂 So with most of the fighting done for these two episodes, all that is left is wrapping up dialogue scenes and inserts which is what we covered that day.

NX Files in now entering “editing more” for the next little while! So stay tuned, 2 brand new action packed episodes are heading your way! 🙂