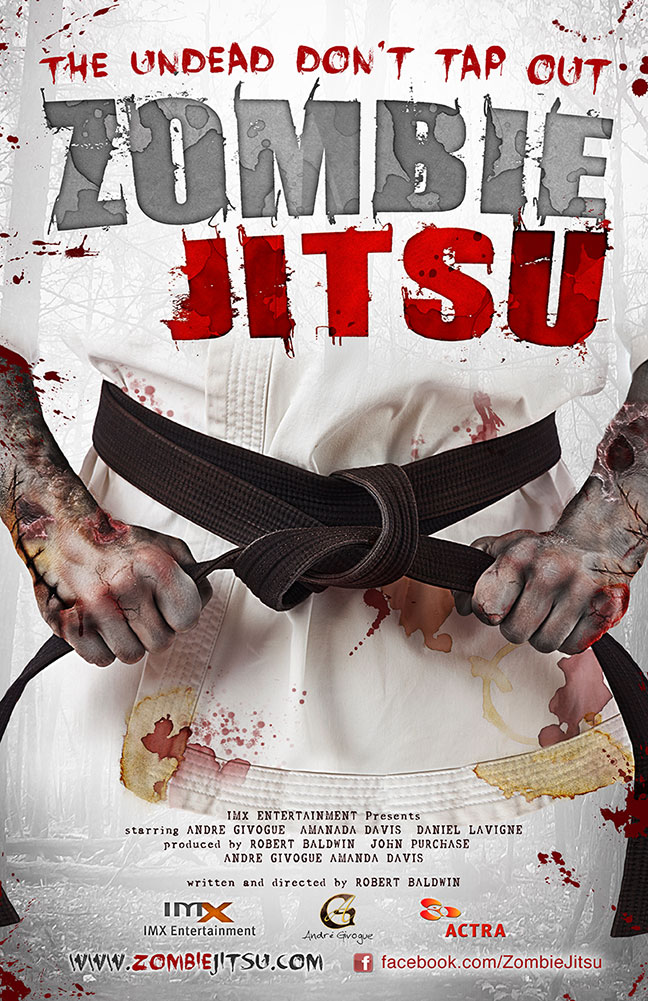 Our latest Short Film is finally released to YouTube!

ZOMBIE JITSU is the title of our zombie meets martial arts action short film. This short film (length approx: 7 min) was shot on location in Orleans at the Skreamers haunted house and hay ride last October. After many months of fine tuning and editing, the film is finally done and ready for the world to see!

Zombie Jitsu was produced by IMX along with local Ottawa actor/stuntman André Givogue. The Ottawa short film was funded entirely from fans and supporters using the IndieGoGo platform.

What’s next for Zombie Jitsu?

Our plan is to get maximum exposure on the internet; we also plan to submit Zombie Jitsu to various film festivals including the Action on Film festival in Los Angeles.